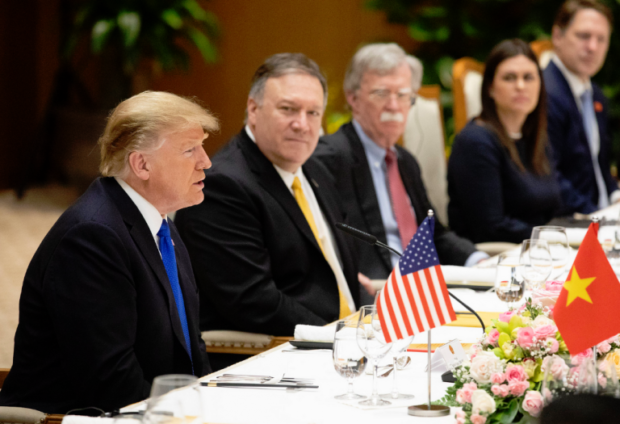 Former national security adviser John Bolton said Monday he is “prepared to testify” at the Senate impeachment trial for President Donald Trump if he is subpoenaed.

Bolton, who left the administration on Sept. 10, has previously said he would allow the federal courts to determine whether he has to testify to Congress about his White House tenure. Senate Democrats want Bolton to testify about his knowledge of Trump’s position toward Ukraine, while Republicans have said they want a speedy trial without witnesses.

House Democrats have caused a delay in the trial by withholding articles of impeachment as the Senate hammers out details about how the trial will be conducted.

“Since my testimony is once again at issue, I have had to resolve the serious competing issues as best I could, based on careful consideration and study. I have concluded that, if the Senate issues a subpoena for my testimony, I am prepared to testify,” Bolton said in a statement issued at a website for his political action committee.

House Democrats opted to vote on articles of impeachment before securing testimony from Bolton and other Trump administration officials, including acting White House Chief of Staff Mick Mulvaney.

Bolton and Mulvaney are likely to have information about Trump’s rationale in withholding the Ukraine aid. Democrats have asserted that Trump withheld the funding in order to pressure the Ukrainian government to open investigations into Joe and Hunter Biden.

Trump has denied a quid pro quo and said he withheld the money out of concerns with corruption in Ukraine and because European countries were not also providing security assistance.

Administration officials who have already testified in the impeachment inquiry said that Bolton was skeptical of some of the White House’s actions regarding Ukraine. Fiona Hill, who served as the White House’s top Russia expert, said that Bolton described the actions of Trump lawyer Rudy Giuliani and U.S. Ambassador to the European Union Gordon Sondland as a “drug deal.”

Many of the witnesses described two separate channels of communication between the administration and Ukrainian government. There was the official channel, which exclusively involved U.S. diplomats and White House officials. There was also an unofficial channel, in which Giuliani worked with Sondland and another diplomat, Kurt Volker.

Text messages between Sondland and Volker have shown that they pushed for Ukrainian President Volodymyr Zelensky to publicly announce investigations supported by Trump in exchange for a White House meeting.