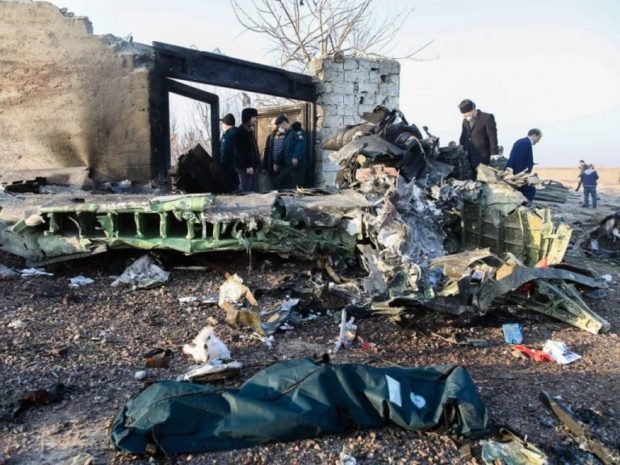 Iran may have accidentally shot down Ukraine flight PS762, according to reports from Fox News, CBS News and Ukrainian news agencies.

The Ukrainian plane that crashed shortly after taking off from Tehran’s international airport was shot down by mistake by an Iranian anti-aircraft missile, Pentagon officials told Fox News.

A source who was in the briefing said it appears missile components were found near the crash site.

The stories use anonymous sourcing but align with comments President Trump made during a press conference on environmental regulatory changes.

“I have my suspicions,” Trump said when asked about the crash. “Somebody could have made a mistake on the other side.”

Iran originally claimed that the plane experienced a mechanical malfunction, specifically a fire in one of the engines – something the 737 is equipped to handle and that pilots are trained to deal with. The terrorist nation then retracted their allegation, is refusing to turn over the black boxes, asserts the memory on the boxes is now damaged and is saying little else on the tragedy.

Ukraine Security Council Secretary Oleksiy Danilov told Ukrainian reporters Thursday that “a strike by a missile, possibly a Tor missile system, is among the main [theories].”

This is a developing story and will be updated.

Content created by Conservative Daily News and some content syndicated through CDN is available for re-publication without charge under the Creative Commons license. Visit our syndication page for details and requirements.