is facing a Warren Buffett-like problem: a lot of cash and an expensive stock.

Over the past three years, Mr. Dimon’s

& Co. has spent most of its profit on share repurchases. That has been a boon for shareholders, since buybacks typically increase a company’s stock price.

The issue now is that

shares, trading as they are at record highs, are getting more expensive. Analysts and investors are starting to ask if that means repurchases will slow.

said on a conference call last month that the bank would “look at alternatives” to buybacks if the stock continued to rise. “It’s a high-class problem,” she said.

That high-class problem is concerning for some. Banks’ margins and profits are expected to slip this year as interest rates stay low. Slower buybacks could add to the pressure on returns and, therefore, the stock.

“That puts them in a bind,” said D.A. Davidson & Co. analyst

“There are a couple headwinds, and one of them is the expectation the buyback starts to decline.” 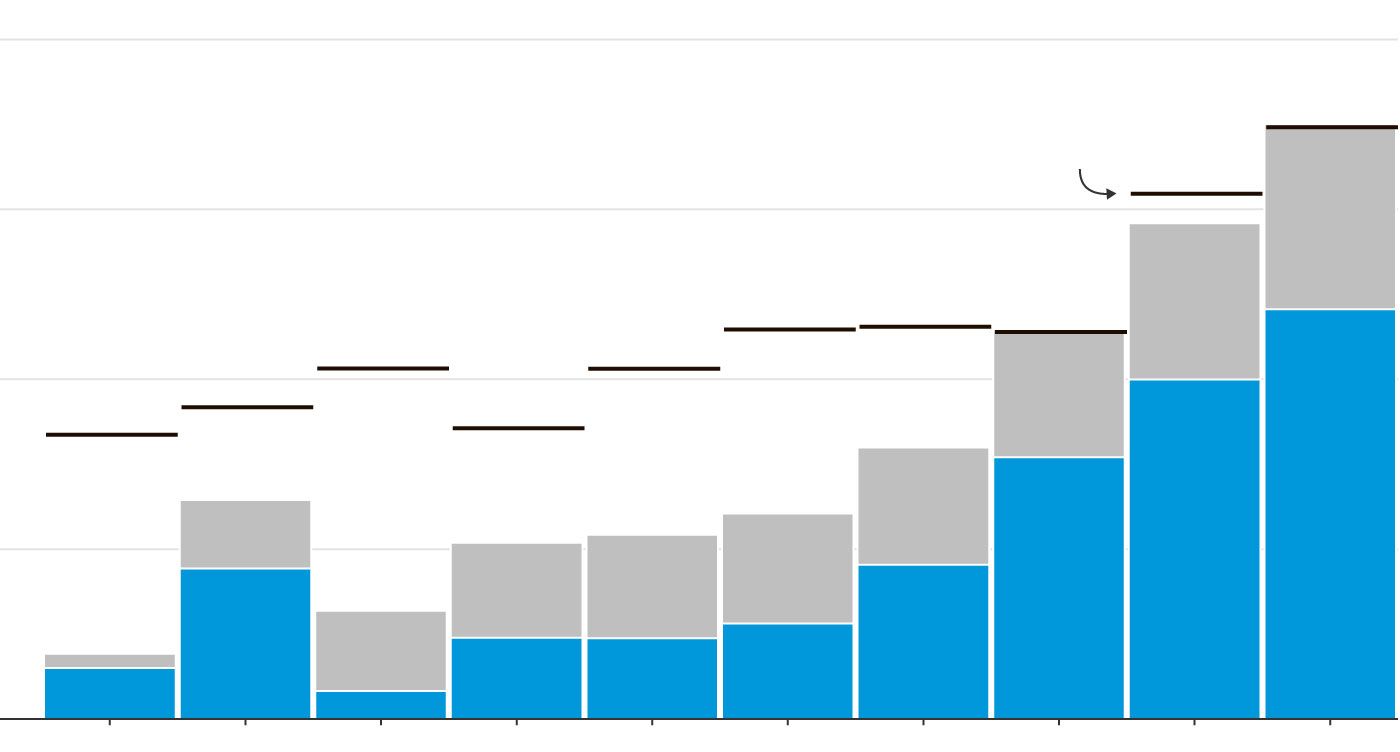 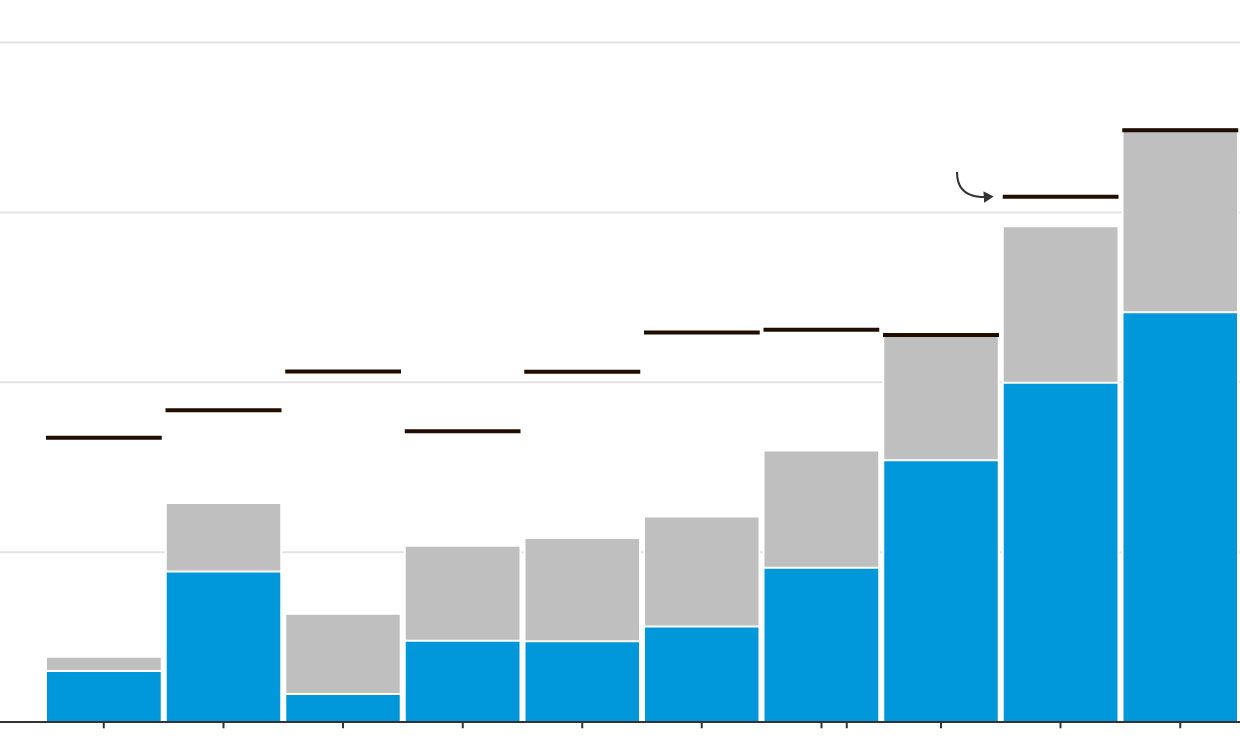 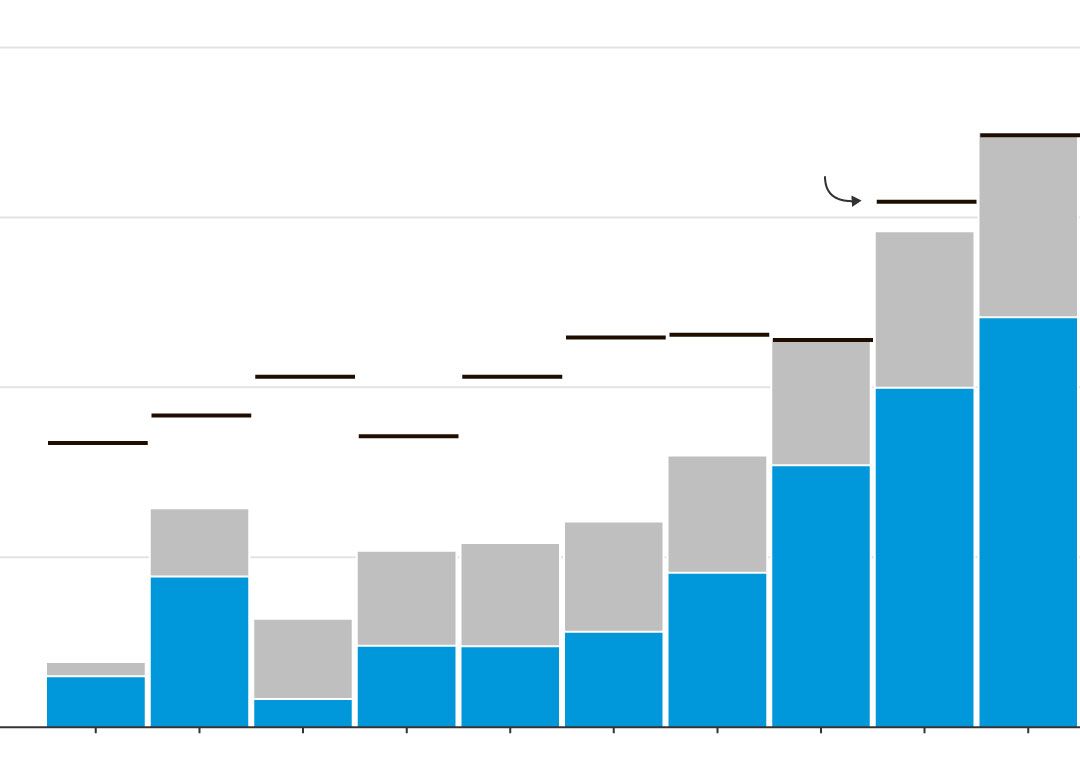 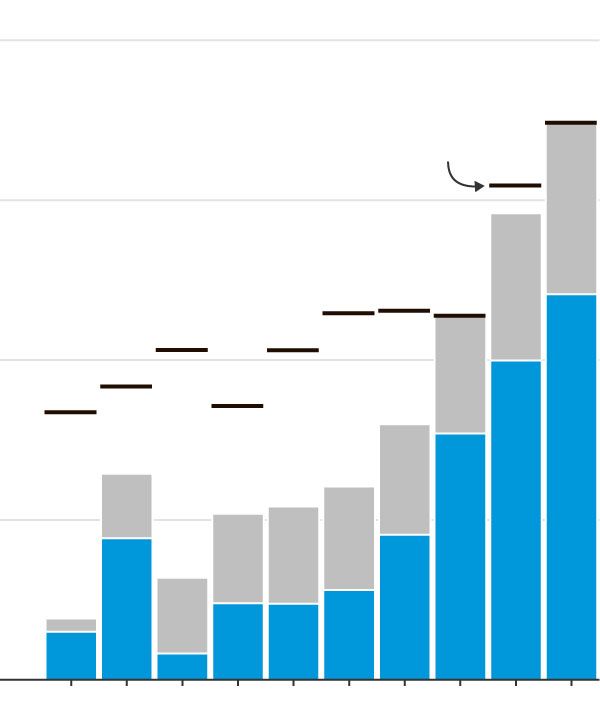 In a buyback, a company uses its cash to buy its own existing shares, reducing its share count. That means a company’s per-share earnings can rise even if profits don’t. Buybacks can be a self-fulfilling prophecy for the stock price: Since each remaining share gets a bigger piece of the profit and value, that can drive investors to bid up the shares.

Buybacks return profits to shareholders, but they reward investors in the long term only if shares keep rising. There’s a long tradition of executives proving overly confident about future prospects and spending billions to buy stocks that then go south. Big banks, including JPMorgan,

had big buybacks in the years just before the financial crisis. Citigroup and Bank of America haven’t yet recovered those prices.

JPMorgan has, and it has also been posting record profits. Its recent buyback spree has been a good deal. The $59.5 billion of shares JPMorgan repurchased in the past three years would now be worth about $75 billion.

As buybacks have surged across corporate America, they’ve spurred criticism that companies are failing to think long term and care only about stock prices. Democratic presidential candidates including Elizabeth Warren and

have discussed whether to restrict how much stock U.S. companies can buy back, arguing that the money would be better spent on employee wages instead.

Mr. Dimon says he prioritizes investments in the bank first, then dividends and then buybacks. He says he would repurchase stock only when it was a good value for the company compared with other potential returns.

The bank has increased spending in recent years above competitors, with big bets on technology, new branches and expansions overseas, but is nearing a ceiling and is expected to keep spending near current levels.

JPMorgan has also increased its dividend 10 times in the past nine years. But banks have to hold extra capital if they decide to pay dividends, and shareholders have to pay taxes on them.

What’s left is buybacks. Investors and analysts regularly seek updates on where Mr. Dimon’s ceiling is for them. It has been creeping upward along with the bank’s stock and profitability.

JPMorgan’s tangible book value is now at $60.98 a share and the stock has been trading near $140 this year, about 2.3 times the metric. (The stock has slipped recently.) A year like the stock had in 2019, when it gained more than 40%, would likely put it past 3 times.

JPMorgan has paid out $87 billion in buybacks and dividends over the past three years—98% of its profits, roughly in line with rivals. Most of that has been through stock repurchases.

Investors say they still support repurchases for the same reasons executives have defended them: JPMorgan’s profitability is high and buybacks seem better than other options. By several metrics, JPMorgan and banks broadly remain cheap compared with other stocks.

“They aren’t compromising on any investments,” said

a senior research analyst at investor Neuberger Berman. “I’m not sure it feels too rich to buy back stock at this level.”

Mr. Buffett, who has been buying JPMorgan shares, appears to agree. There’s no more famous example of a company struggling with how to spend billions of dollars than Mr. Buffett’s

which has failed to find big deals in recent years, lagged its historical returns and come under once-inconceivable pressure for not buying back more of its stock.

Mr. Buffett has said the same value Mr. Dimon described as “crazy” to repurchase shares would be a bargain. The bank is worth “way more,” he told CNBC last year.

What’s the best use of JPMorgan’s profits? Join the conversation below.

Write to David Benoit at david.benoit@wsj.com