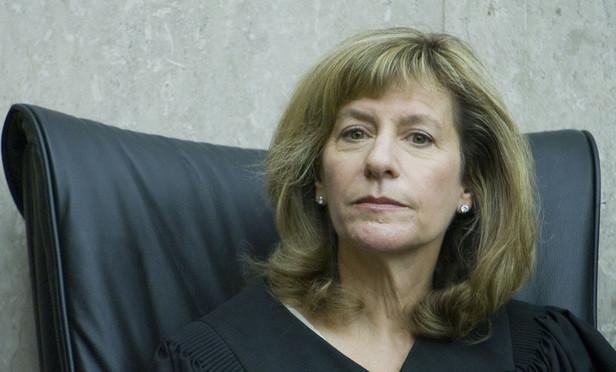 A federal judge on Tuesday criticized Fox News anchor Tucker Carlson for calling the lead juror in Roger Stone’s trial an “anti-Trump zealot,” though the juror in question has referred to President Donald Trump on social media as “#KlanPresident” and asserted in a Twitter post in August 2019 that Trump’s supporters are racist.

Judge Amy Berman Jackson leveled the criticism against Carlson and Trump for their recent remarks about the juror, Tomeka Hart, during a hearing on whether to grant Stone a retrial. Jackson sentenced Stone on Feb. 20 to 40 months in prison in a case stemming from the special counsel’s probe.

Stone, 67, has asserted in a secret court filing that Hart provided misleading answers in a written jury questionnaire, as well as during a voir dire interview on Nov. 5, 2019.

Those documents, obtained by the Daily Caller News Foundation, show that Hart acknowledged having some knowledge of the Trump-Russia investigation and of Stone. She said in her questionnaire that she was not certain whether she had commented publicly on the topics. Her Twitter feed shows that she did post multiple times about the investigations, including negative stories about Trump.

She also retweeted a post several days after Stone was arrested that criticized some of Stone’s conservative defenders.

Stone contends that Hart would have been removed from the potential jury pool if she had disclosed her full opinion of the Russia investigation and Trump on her jury questionnaire.

Stone lawyer Robert Buschel said at Tuesday’s hearing that the legal team did not conduct research on Hart before the trial started.

Trump and Carlson, who co-founded the Daily Caller, have rallied around Stone, while criticizing both Jackson and Hart.

Trump said on Feb. 20 that Hart “tainted” the Stone jury pool. Carlson has used his show to criticize Jackson’s handling of Stone’s case and to assert that Hart was biased against Trump.

Jackson said Tuesday that Carlson and Trump were trying to intimidate Hart.

“Tucker Carlson accused the foreperson of the jury of being an anti-Trump zealot,” Jackson said, according to reporters at the hearing. “Any attempts to invade the privacy of the jurors or to harass or intimidate them is completely antithetical to our system of justice.”

“This is indisputably a highly publicized case in which the president himself shone a spotlight on the jury,” she continued, according to The Washington Post. “The risk of harassment and intimidation of any jurors who may testify in the hearing later today is is extremely high, and individually who may be angry about Mr. Stone’s conviction may chose to take it out on them personally.”

Hart came forward earlier in February to defend four prosecutors who withdrew from the Stone case in protest after Justice Department officials revised a recommendation for how much time Stone should spend in prison.

Prosecutors in the U.S. Attorney’s Office in Washington, D.C., initially recommended that Stone serve between 87 months and 108 months in prison.