Checkpoint Inspection Yields an Impostor Claiming to be a U.S. Citizen aboard Greyhound Bus 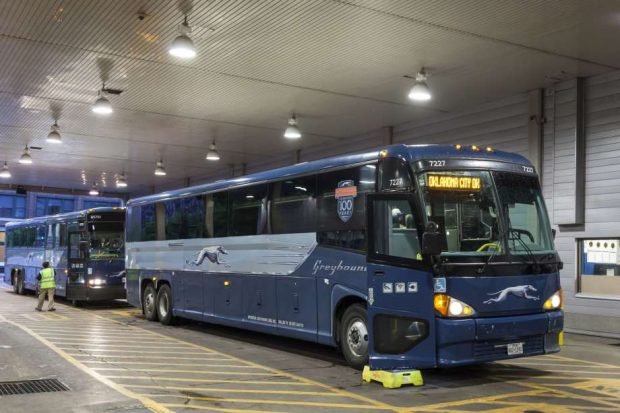 YUMA, Ariz. – On Monday afternoon, Wellton Station Border Patrol agents performing immigration inspection duties at the I-8 immigration checkpoint, arrested a Mexican national claiming to be a U.S. citizen. The illegal alien was traveling via Greyhound bus, and was in possession of both an impostor birth certificate and an impostor California state identification card.

At approximately 1:00 p.m., agents referred a Greyhound bus to the secondary inspection area for an immigration inspection. The agents performing the immigration inspection aboard the Greyhound encountered a male subject claiming to be a U.S. citizen who presented a birth certificate and a California state identification card. The subject did not resemble or appear to be the person pictured on the state identification card.  Agents removed the subject from the bus to conduct a further investigation while the bus was allowed to continue on its destination. Upon questioning, the subject did not speak English and necessitated being taken in for biometric analysis for proper identification.

Agents determined the subject to be a different individual than the one depicted on the documents in his possession. The subject then admitted to being illegally present in the United States. While being processed, the subject stated that he purchased the two fraudulent documents for the equivalent of $100 while the subject was in Mexico. Furthermore, records checks revealed the subject had a prior immigration removal and, in October of 2019,  was found to be in possession of a stolen permanent resident card.

The illegal alien is a 32-year-old male from Michoacán, Mexico. He is being charged for identity theft.

The arrest comes just after Greyhound announced that it would no longer allow the Border Patrol to board their buses for immigration checks unless they have a warrant.

Content created by Conservative Daily News is available for re-publication without charge under the Creative Commons license. Visit our syndication page for details and requirements.