De Blasio: New Yorkers Should Be Prepared For ‘Shelter-In-Place’ Order 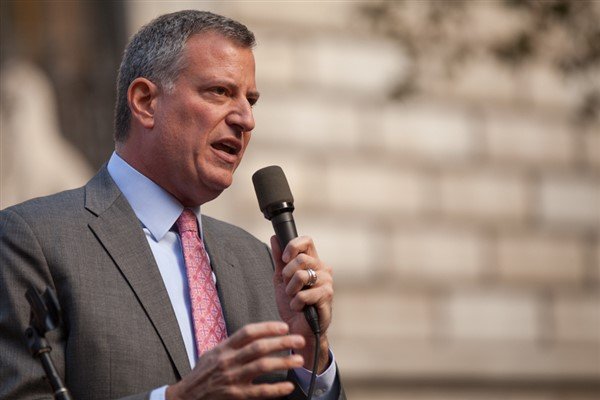 New York City Mayor Bill de Blasio said Tuesday that residents of the nation’s largest city should take seriously the possibility of a shelter-in-place order coming down within the next 48 hours.

“New Yorkers should be prepared right now for the possibility of a shelter-in-place order,” de Blasio said at a coronavirus press conference Tuesday. “It has not happened yet, but it is definitely a possibility at this point.”

“I believe that decision should be made in the next 48 hours,” the mayor said.

New York City Mayor de Blasio says there are discussions occurring regarding a potential shelter-in-place order for the city; says he expects to make a decision in the next 48 hours. pic.twitter.com/a5eAtOsZ0e

New York City has one of the largest concentration of confirmed coronavirus cases in the country. As of Tuesday, has 814 confirmed cases of the virus, at least seven of which have resulted in death, according to The New York Times.

De Blasio said Tuesday the worst is yet to come.

“We are certainly going to have thousands of cases next week,” he said. “It is not that long before we hit 10,000 cases, that is a true statement.”

The orders, which will be in place until at least April 7, direct residents to stay in their homes as much as possible to curb the spread of coronavirus, but authorize individuals to leave to provide or receive essential services and activities.

A shelter-in-place order is not as strict as a full lockdown, which would prohibit people from leaving their homes unless they receive explicit permission from the authorities, the San Francisco Chronicle reported.