US Attorney For Manhattan Refuses To Resign Amid Pressure 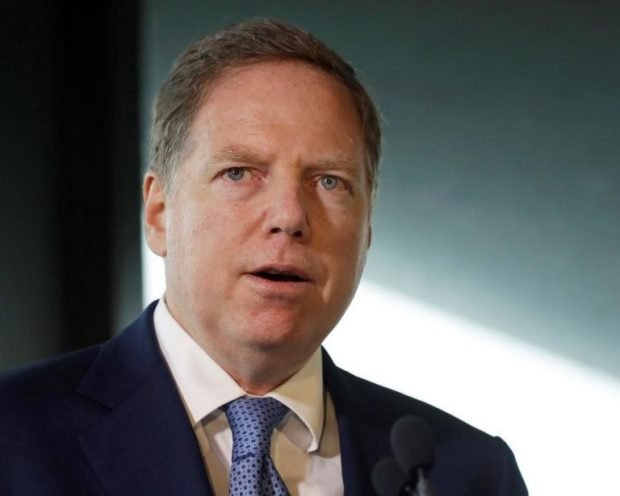 In a stunning series of events that unfolded Friday night, the U.S. attorney in Manhattan, Geoffrey Berman, said that he was not resigning from his post, rebuffing an announcement that Attorney General William Barr made earlier in the evening.

Berman, who has led several investigations into associates of President Donald Trump, said he had no intention of leaving office until the Senate confirms his replacement.

“I learned in a press release from the Attorney General tonight that I was ‘stepping down’ as United States Attorney,” Berman said in a statement.

“I have not resigned, and have no intention of resigning, my position, to which I was appointed by Judges of the United States District Court for the Southern District of New York,” Berman continued. “I will step down when a presidentially appointed nominee is confirmed by the Senate.”

He added, cryptically: “Until then, our investigations will move forward without delay or interruption.”

Hours earlier, Barr issued a statement announcing that Trump intended to nominate Jay Clayton, the chairman of the Securities and Exchange Commission, to replace Berman. Barr said Trump had tapped Craig Carpenito, the U.S. attorney for New Jersey, to serve as acting U.S. attorney for the Manhattan office until Clayton’s confirmation.

“I thank Geoffrey Berman, who is stepping down after two-and-a-half years of service as United States Attorney for the Southern District of New York,” Barr said in the statement.

“With tenacity and savvy, Geoff has done an excellent job leading one of our nation’s most significant U.S. Attorney’s Offices, achieving many successes on consequential civil and criminal matters.”

According to multiple reports, Barr asked Berman to resign during a meeting on Friday. When Berman refused to do so, Barr attempted to fire the prosecutor. A source familiar with the matter told The New York Times that Trump has been upset with Berman since he prosecuted the case against his former attorney, Michael Cohen.

Berman is also reportedly investigating Rudy Giuliani, a lawyer for Trump, focusing on whether he lobbied illegally for Ukrainian government officials.

Giuliani and two former associates, Lev Parnas and Igor Fruman, mounted a campaign in 2019 to force the firing of Marie Yovanovitch as U.S. ambassador to Ukraine.

Berman’s office obtained a grand jury indictment against Parnas and Fruman in October 2019 on charges that they conspired to make illegal campaign contributions in order to advance their business and political interests.