“We respond to valid copyright complaints sent to us by a copyright owner or their authorized representatives,” Kelly said of “Carpe Donktum,” a meme maker whose satirical content mocking CNN and other media figures is often shared by the president.

“The account was permanently suspended for repeated violations of this policy,” Kelly said of repeated copyright complaints levelled against Donktum. 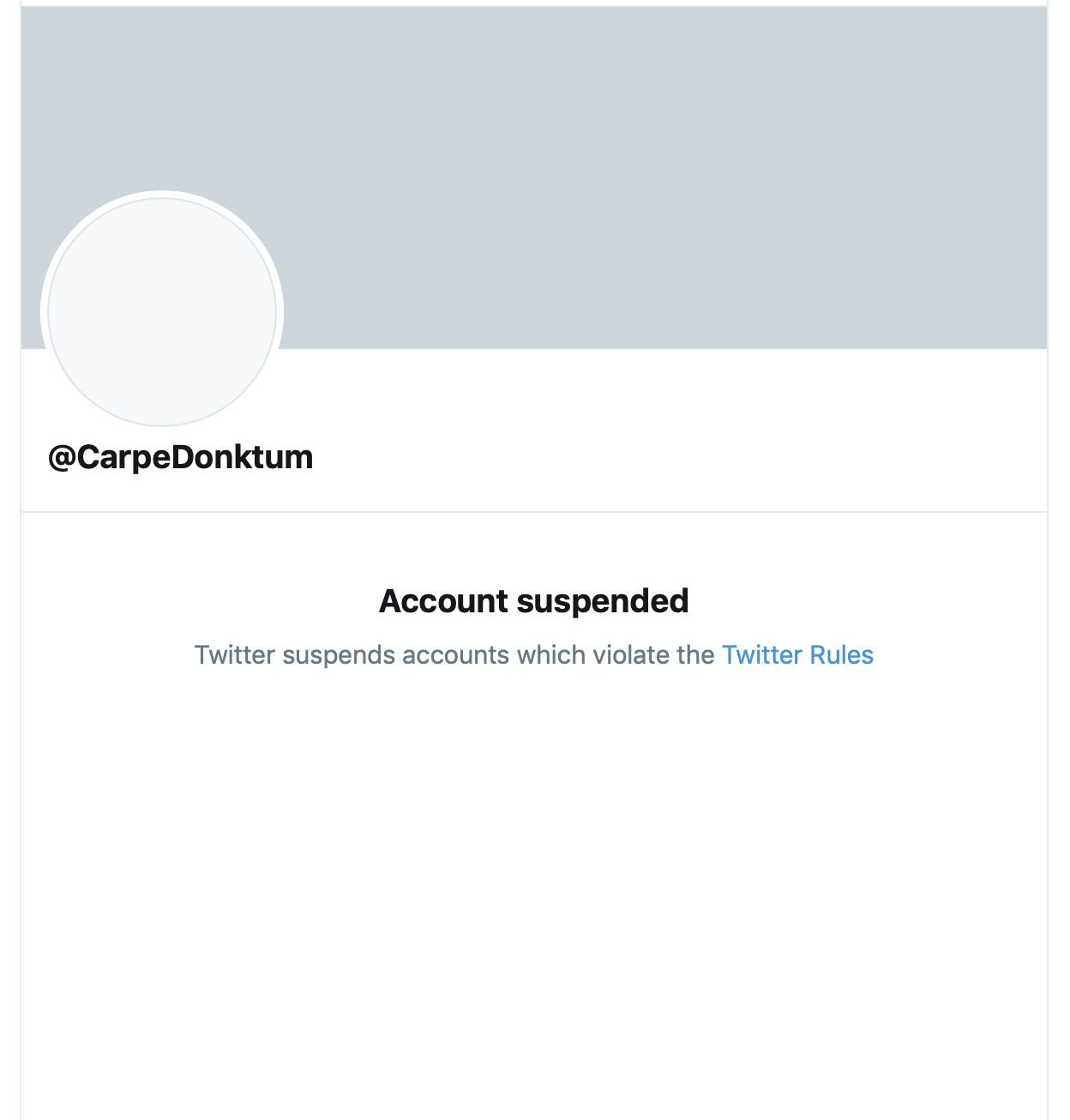 “It’s about the toddler video. They don’t let you keep track of how many copyright infringement violations you have,” Donktum told the DCNF. “They don’t have a process for appealing the copyright claims either.”

Twitter’s decision came after Carpe Donktum shared a manipulated video on June 18 of a mock report with CNN’s outlet’s logo.

The video depicts a phony CNN headline that reads, “TERRIFIED TODDLER RUNS FROM RACIST BABY,” as a white toddler is seen chasing after a black child. The video then cuts to a clip of two children running toward one another before embracing as The Carpenters’ “Close to You” plays in the background.

Trump retweeted the video. Twitter promptly labeled the president’s retweet as “manipulated media” for attributing the spoof chyron to CNN.

CNN accused the president of exploiting innocent children Thursday night after he retweeted a manipulated video of a mock report with the news outlet’s logo.

“CNN did cover this story – exactly as it happened,” CNN’s Twitter account wrote in reply to the president’s retweet. The tweet was in reference to the original, unedited video that went viral on Facebook in 2019 in which the channel presented a look at two children’s friendship.

“Just as we reported your positions on race (and poll numbers). We’ll continue working with facts rather than tweeting fake videos that exploit innocent children,” CNN’s Twitter account added. “We invite you to do the same. Be better.”

Donktum was partially suspended in 2019. He was locked out of his account in May of that year for violating Twitter’s rules of conduct.

Trump has retweeted Donktum’s tweets in the past, including one in April 2019 mocking former Vice President Joe Biden, and another in February of that year poking fun at Democratic lawmakers who attended the president’s 2019 State of the Union speech.

That video, which has since been taken down, features the ubiquitous song “Everybody Hurts” by R.E.M. overlaid on footage from the speech.