In keeping with league policy on political statements, the official online store of the NBA does not permit fans to order a custom jersey with the phrase “Free Hong Kong” printed on the back.

“Free Hong Kong” is one of the many phrases banned under the NBA’s new jersey policy, which allows players to display certain political messages such as “Black Lives Matter,” but prohibits messages critical of the Chinese regime.

Typing “Free Hong Kong” into the text box on the NBA store’s custom jersey page returns the following message: “We are unable to customize this item with the text you have entered. Please try a different entry.” 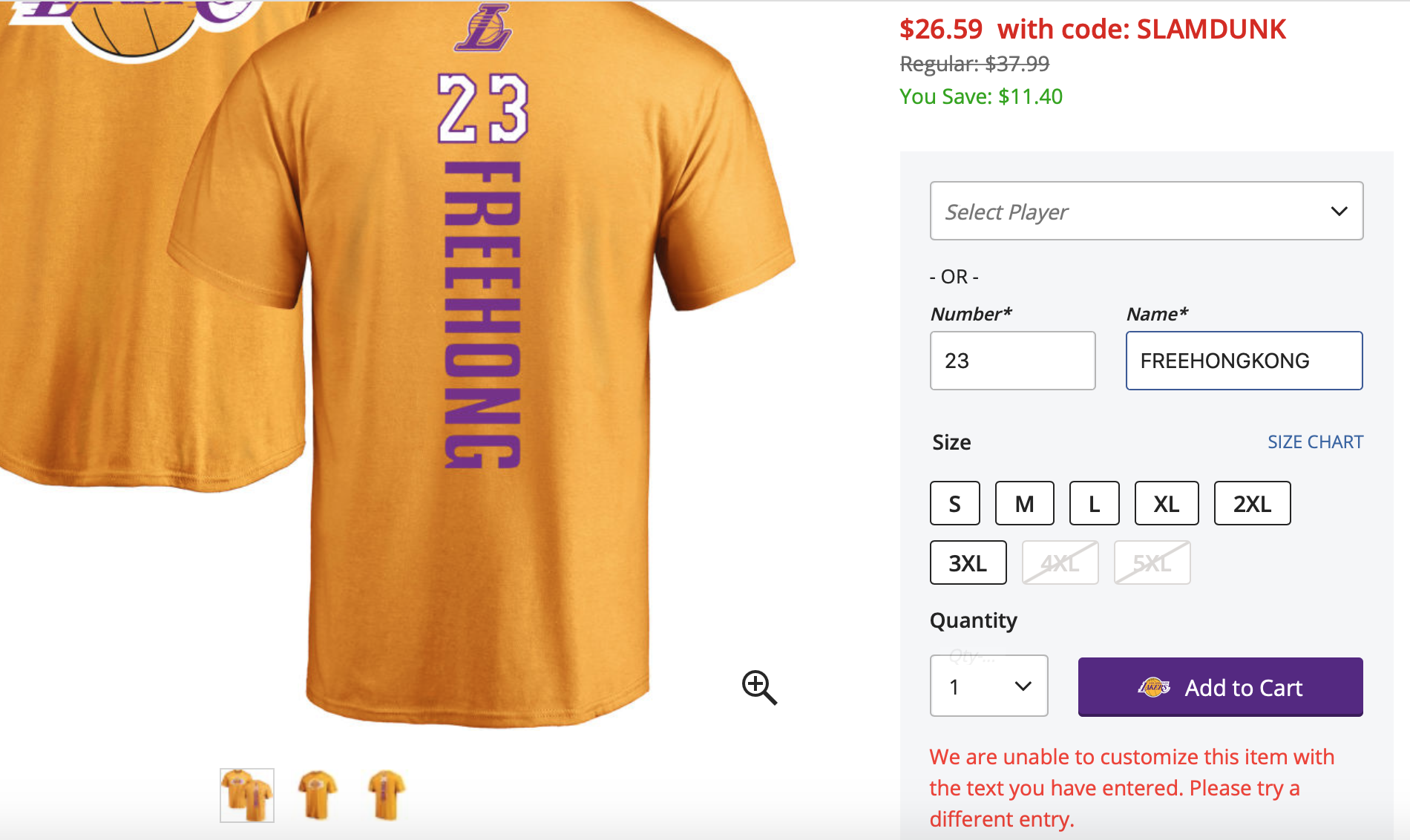 Here are some of the phrases that don’t receive such a warning:

A number of NBA players, including superstar LeBron James, have rallied around ESPN reporter Adrian Wojnarowski, who was recently suspended from the network after writing “F—k you” in response to a press release from Sen. Josh Hawley (R., Mo.). The press release was regarding a letter Hawley had written to NBA commissioner Adam Silver questioning the league’s new jersey policy and its censorship of messages critical of China.

Andrew Stiles is senior writer at the Washington Free Beacon. He can be reached at stiles@freebeacon.com.