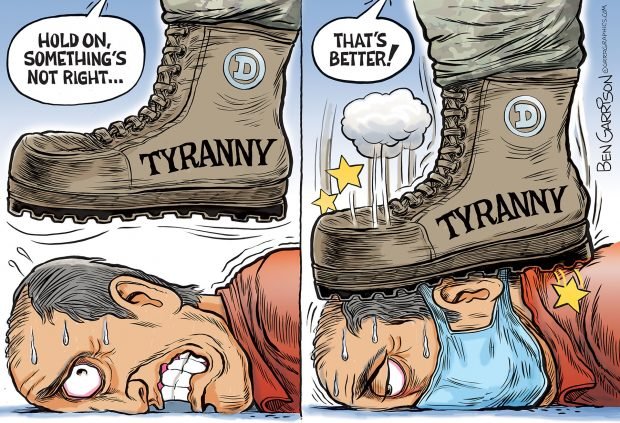 Confirmed coronavirus cases from Nashville’s bars and restaurants were so low that the Tennessee city’s Metro Health Department decided to withhold the data from the public, emails from the mayor’s office show.

The emails discuss the low amount of coronavirus cases traced to restaurants and bars and how to hide those figures, Fox 17 Nashville reported. Contact tracing commissioned over the summer found that construction crews and nursing homes were more responsible for the virus’s spread than Nashville’s restaurants and bars, which reported just 22 cases as of June 30.

In response to the findings, one health department official asked, “This isn’t going to be publicly released, right? Just info for Mayor’s Office?” the emails showed.

A month later, Nashville’s health department was confronted about a rumor that the state capital’s restaurants and bars led to only 80 cases by a reporter for the Tennessean, according to Fox 17.

Why won’t you respond to media inquiries about your coronavirus cases?https://t.co/4Y3OBne9Jd

“The figure you gave of ‘more than 80’ does lead to a natural question: If there have been over 20,000 positive cases of COVID-19 in Davidson [County] and only 80 or so are traced to restaurants and bars, doesn’t that mean restaurants and bars aren’t a big problem?” the reported asked.

In an internal email shortly after, health department official Brian Todd asked others in the department, “please advise how you recommend I respond.”

Officials responded to Tood, confirming that data relating to restaurants and bars had not been released “because those numbers are low per site,” Fox 17 reported.

“We could still release the total though, and then a response to the over 80 could be because that number is increasing all the time and we don’t want to say a specific number,” the response to Todd said.

Though neither the mayor’s office nor the health department would confirm the authenticity of the emails, Nashville councilmember Steven Glover inquired via a Metro staff attorney who said they are real, Fox17 reported.

“I was able to get verification from the Mayor’s Office and the Department of Health that these emails are real,” the staff attorney told the councilmember.

Glover said that the coverup was enough to completely erode people’s trust in the mayor’s office and the public health department.

“They are fabricating information,” he said, according to Fox 17. “They’ve blown their entire credibility. It’s gone, I don’t trust a thing they say going forward …nothing.”

Glover also said that he has been contacted by hundreds of restaurant and bar owners, questioning why officials would not release the data, especially if it could have allowed them to reopen safely.

The mayor’s office has denied the allegations of a coverup to Fox 17, the Tennessee outlet reported.