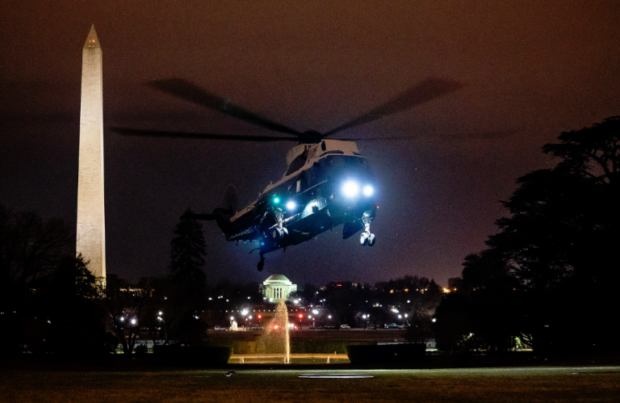 President Trump remains in good spirits after testing positive for COVID-19 and now the White House has announced that he will be moving to a hospital for a short time.

“Out of an abundance of caution, and at the recommendation of his physician and medical experts, the President will be working from the presidential offices at Walter Reed for the next few days,” White House Press Secretary Kayleigh McEnany said in a statement Friday.

“President Trump remains in good spirts, has mild symptoms, and has been working throughout the day,” she said.

The president made a recording before departing for the Walter Reed National Medical Center.

“I think I’m doing very well, but we are going to make sure that things work out,” he said in the video.

The president spent the day working from the White House after canceling some campaign events, including a rally.

The White House said he is experiencing mild symptoms and that he and the first lady appreciate the outpouring of support they have received.