2020 Man of the Year: The American Troops 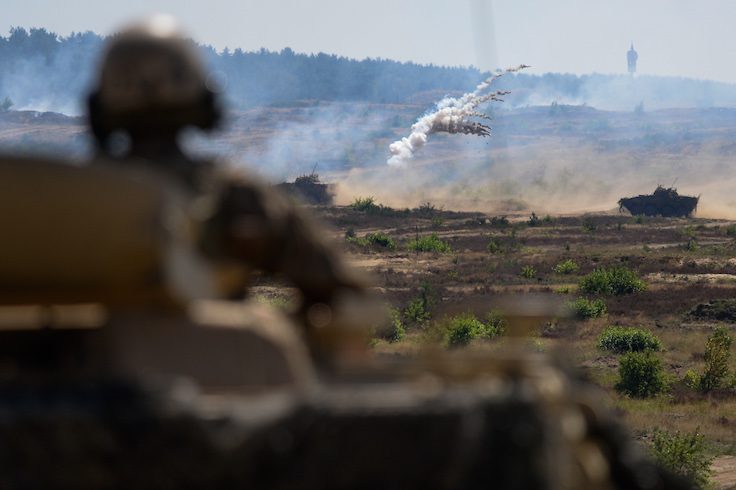 Two-thousand-twenty was a year marked by severe changes. Iran lost two of its top military minds, China unleashed a virus on the world that stopped friends of freedom from enjoying their right to enjoy a beer with their fellow citizens, and Nancy Pelosi upgraded to $20 ice cream to sustain her hard work against the interests of the American people.

One thing did not change, however. The men and women of the United States military once again served with uncompromising valor and excellence across the world, making them perpetual Washington Free Beacon Men of the Year.

From the Arctic to outer space, from Africa to Afghanistan, some 160,000 brave American service people stand watch in over 150 countries to keep America safe.

Those who mean to do America harm are even weaker than they were in 2019. Iran enters 2021 deprived of General Qassem Soleimani, who lost his life at the hands of an American drone, while the Trump administration declared victory against ISIS, disbanding the Pentagon’s task force against the jihadists.

This was also a year in which a new mission emerged for the armed forces: standing up to Communist China. As “Cold War II” looms on the Pacific horizon, Washington has retooled its armed forces to build a naval fleet of 500 ships in the next two decades, arming several destroyers with missiles that move 10 times as fast as the speed of sound. Two-thousand-twenty was also the year of the Space Force—its first soldiers were deployed as the Trump administration developed plans to blast Beijing out of space with lethal satellites.

American victories, of course, did not come without a cost. Twenty-two U.S. soldiers made the ultimate sacrifice in Iraq and Afghanistan, rooting out those who threaten the freedoms and rights of Americans everywhere.

In a new decade, America will face a new challenge to secure the prosperity and security of the free world in Communist China. The fundamental mission does not change. So long as our troops protect our shining city on a hill and remain stalwart defenders of human freedom on every continent, we cannot fail.