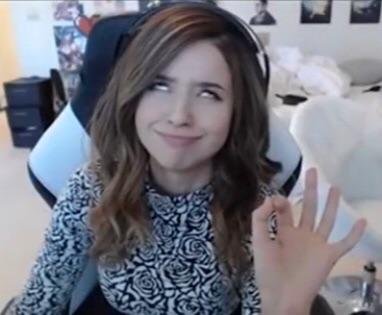 A Twitter spokesperson told the DCNF Saturday morning that “this was a bug that was fixed yesterday.”

Twitter did not immediately address why the bug apparently only affected searches for the Lincoln Project at a time when a co-founder, John Weaver, was facing allegations of sexual misconduct.

Weaver apologized Friday for sending “inappropriate” messages to multiple men and announced that he is gay, according to Axios. He also said that he would not be returning to the Lincoln Project. He had taken a medical leave of absence from the organization over the summer of 2020, the publication reported.

“While I am taking full responsibility for the inappropriate messages and conversations, I want to state clearly that the other smears being leveled at me … are categorically false and outrageous,” Weaver said.

Conservative writer Ryan Girdusky, a Lincoln Project critic, had alleged Jan. 9 that multiple young men had sent him screenshots of predatory messages from Weaver. He followed up this announcement with a story in The American Conservative describing Weaver’s alleged “predatory actions” and alleged grooming of young men.

One man whose identity Girdusky kept anonymous reportedly said he communicated with a number of young men who Weaver solicited for jobs before allegedly propositioning “them for sex as part of the offer.” Girdusky wrote that Weaver would demand sexual intercourse, which was consensual, but then Weaver would not make good on the job offer.

Weaver’s statements to Axios do not directly address allegations that he repeatedly told young men he could help them get employment in exchange for sexual favors. Neither Weaver nor the Lincoln Project immediately responded to the DCNF’s request for comment on the matter.

Girdusky also wrote that another anonymous young man said Weaver reached out to him promising a job opportunity and would call the young man “my boy” — a phrase corroborated by Forensic News reporter Scott Stedman.

Stedman reviewed messages from over a dozen young men between 19 and 26-years-old who alleged that Weaver sent them “uncomfortable and sometimes sexually explicit messages” after they originally connected with him in a professional capacity, Forensic News reported. The young men were recent college graduates or were still in college, Stedman wrote, and were looking for political jobs.

Some of these men responded and engaged Weaver in “sexually-charged conversations,” Stedman said. He also reported that Weaver would dangle his political connections to try and gain sexual favors, often initiating contact through direct messages on Twitter and later through phone calls or by paying for travel.

“The crux of the complaints levied by the men is that Weaver used his position of power to exploit them as they were beginning their careers,” the Forensic News reporter wrote.

The Lincoln Project did not respond to the Daily Caller or the DCNF’s requests for comment regarding the removal of the page.

Following Weaver’s comments to Axios, Girdusky accused the Lincoln Project co-founder of giving “the Kevin Spacey defense that he’s gay” and refusing to “take ownership of the fact that he reached out to men 40 years younger than him and said he believed it was consensual.”

John Weaver gives the Kevin Spacey defense that he’s gay. Refuses to take ownership of the fact that he reached out to men 40 years younger than him and said he believed it was consensual.https://t.co/Fifq7NAcwU

“Weaver says he’s leaving the Lincoln Project … he also claims that the attacks on him are because of the hatred for the Lincoln Project,” Girdusky continued. “This is a complete joke of a defense. This wasn’t confessions didn’t come until after the election was over.”