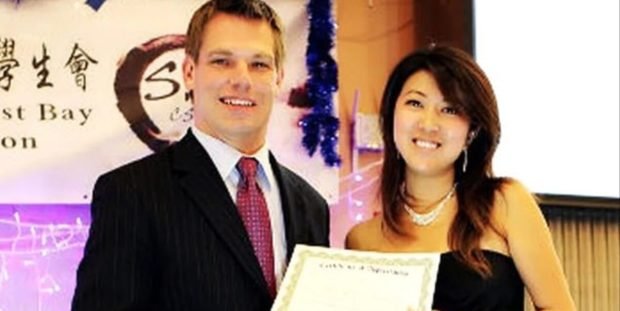 California Rep. Eric Swalwell on Monday dodged questions about the extent of his contacts with Christine Fang, an alleged Chinese intelligence operative who cozied up to numerous politicians until she left the U.S. in 2015.

CNN anchor Jake Tapper pressed Swalwell over his relationship with Fang, who reportedly operated in the the San Francisco on behalf of China’s ministry of state security.

Axios reported in December that Fang met Swalwell in 2011 when he served as a member of the city council in Dublin, California. She helped his campaign for re-election to U.S. Congress in 2014, and planted an intern in Swalwell’s congressional office, Axios reported.

The FBI briefed Swalwell about Fang in 2015, after he was selected to serve on the House Intelligence Committee. Swalwell has said he cut off contact with Fang after the briefing. She left the country that year and has not come back to the U.S., according to Axios.

It is unclear whether Swalwell’s relationship with Fang went beyond that of politician and campaign volunteer. Fang had romantic relationships with at least two mayors from cities in the Midwest, according to the Axios report.

There is no indication that Swalwell has done anything improper, but he has repeatedly declined to discuss his contacts with Fang.

“Have you learned any more about this case since this broke in early December? And can you clarify how much contact you had with this Chinese national?” CNN’s Jake Tapper asked Swalwell on Monday.

The Democrat, wearing a mask, declined to answer the question directly.

“The FBI has said that I did nothing wrong,” he said. “Don’t take it from me. There was no wrongdoing. I’ve learned nothing new.”

CNN’s @jaketapper asks Rep. Eric Swalwell to clarify how much contact he had with the Chinese spy and about calls from Republicans for his removal from the Intel Committee:

“The FBI has said that I did nothing wrong… I think this is retaliation more than anything else.” pic.twitter.com/f8bCymXlrE

Swalwell said that House Speaker Nancy Pelosi has indicated that she will keep him on the House Intelligence Committee. House Republicans had called for Swalwell to be removed from the committee, which handles top secret national security information.

Swalwell accused the Trump administration last month, without citing evidence, of being behind the story about Fang. He suggested the same on Monday.

“I think this is retaliation more than anything else,” Swalwell told Tapper.