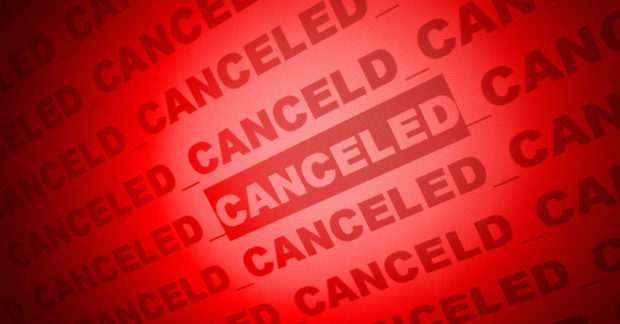 On Thursday, Twitter took action against Project Veritas, an organization that has produced several videos and news stories exposing corruption and disinformation. The organization was banned for a video that was shared where they approached a Facebook leader asking questions. Twitter said that they were banned for sharing private videos without the knowledge of the other person.

Except the video was not produced hidden or anything else. Project Veritas was acting like any other news organization and attempting to ask questions.

This happened a few hours after news broke about LucasFilm firing Gina Carano, star of the show “The Mandalorian.” Carano was fired for social media posts that LucasFilm said were abhorrent and unacceptable. What were the posts? They were posts that shared how Jews were easily gathered together by Nazi Germany because the government turned neighbors against each other.

Twice in one day cancel culture attacks and successfully removes two different identities that were simply sharing the truth. What does the Left have against the truth?

Obviously a lot. The Left has a lot of issues with anyone that shares any kind of truth. We are seeing that play out here in the latest cancel culture attacks, but also across every societal spectrum.

We saw this back in the 2020 election campaign. As various conservative outlets began to expose the Hunter Biden laptop story, we saw social media and the Left team up in a coordinated effort to block the truth. They continue to refuse to report on it, acting as if the situation does not exist.

They continuously attacked President Trump over the possible use of his hotels for government business and how he may profit off his position as President. Just this week, President Joe Biden openly promoted his son’s book in an official interview as President. This violated his own code of conduct commitment but was completely ignored by the woke Left.

We could even talk about how the Democrats have laid the foundation for President Trump’s impeachment trial on the words “fight like hell.” Multiple news outlets shared how Joe Biden and the head prosecutor for the Democrats said those exact words that supposedly incited insurrection and riots at the Capitol.

This is not about QAnon or other conspiracy theories. This is about an attempt to remove any and all possible alternative viewpoints from existence. They want to be the only ones in control of the narrative.

In the case of Carano, the Left can use Nazi analogies all day. When she uses them to share a viewpoint about how the government used propaganda like we are seeing in our nation, that’s a problem. For Project Veritas, they are asking questions about censorship from a social media company, when they are censored for it by a social media company.

The Left does not like alternative narratives that may expose the truth. They simply want compliance and faith that they know what is best. That is simply not acceptable to millions of Americans across this country who continue to reject socialism and the progressive agenda that the Left wants.

The cancel culture Left cannot handle the truth. If you want a quick judge about if something is true or not, see how quickly they come to push back against it or block it from being seen. It seems that’s usually a good indication of how true a story really is.