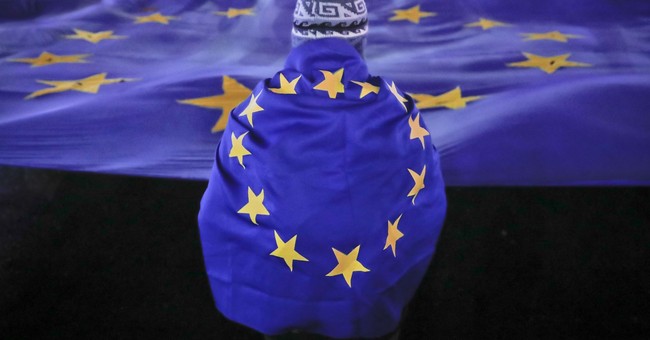 There are three important principles for sensible tax policy.

I’ve written many times about why double taxation is a bad idea. This occurs when governments – thanks to capital gains taxes, dividend taxes, death taxes, etc – impose harsher tax burdens on income that is saved and invested compared to income that is immediately consumed.

Which is a bad idea since wages for workers are linked to productivity, which is linked to the amount of capital.

Which countries imposes the heaviest tax burdens on capital? According to a new report from the Tax Foundation, Canada is the worst of the worst (somewhat surprising), followed by Denmark (no surprise) and France (also no surprise).

The nations of Eastern Europe, along with Ireland, win the prize for the lowest tax burdens on capital.

The authors of the report, Jacob Lundberg and Johannes Nathell, make a much-needed point about why governments should not penalize saving and investment.

…capital should not be taxed at all. Taxing capital distorts individuals’ savings decisions. By reducing the return on savings, capital taxes penalize those who postpone their consumption rather than consuming their income as it is earned. Due to compounding interest, capital taxation penalizes saving more the longer the saving horizon is. For long saving horizons, the distortion is very large. This leads to lower saving, a lower capital stock, and lower GDP. Therefore, not taxing capital is in the interest of everyone, even those who spend everything they earn.

At the risk of stating the obvious, it’s better to be a lighter-colored nation.

This is fascinating data for tax wonks, but it might not perfectly capture the relative attractiveness (or unattractiveness) of various countries. I think two caveats are warranted.

First, it’s quite likely that some Western European nations accumulated lots of capital and generated lots of wealth back in the 1800s and early 1900s when the burden of government was very small and taxes were very low. If some of the capital from that period is still generating returns (and thus tax revenue), it may overstate the tax burden on current saving and investment.

Second, the methodology looks at capital revenues as a percentage of capital income. This perfectly reasonable approach overlooks the fact that tax rates have an effect on the amount of income that is both earned and reported. This is the core insight of the Laffer Curve and it could mean that some countries show high levels of revenue in part because tax burdens are modest (and vice-versa).

That being said, I wouldn’t expect major changes in the rankings, even if there was a way to address these concerns.

The bottom line is that we know how to define good tax policy, but very few governments have an interest in maximizing liberty and prosperity. The challenge is that politicians 1) usually want more money so they can buy more votes, but 2) sometimes let envy trump their desire for more revenue.